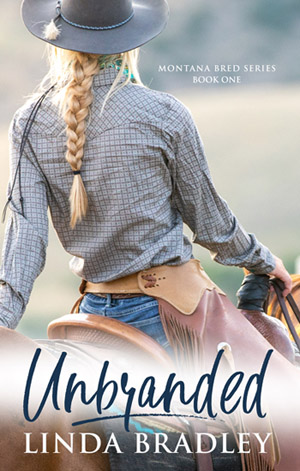 Threatened by the unexpected, a devoted rancher refuses to compromise her ambition or her legacy.

Chloe McIntyre is determined to become the co-CEO of her grandfather's Montana ranch, but her father isn't ready to become partners—yet.

Jaded memories of her parents' shotgun wedding gone wrong cloud her attraction for best friend Matt Cooper when she discovers she's pregnant—with his baby. Chloe believes raising a child isn't in her genes, and she doesn't expect a marriage proposal. She keeps her condition a secret to hold her position on the ranch and continue what she does best: wrangling strays and working alongside hired hands.

After her father announces his first choice for co-CEO, a wild ride jeopardizes the pregnancy, and Chloe questions life choices. Will the cowgirl grit she has inherited from her grandmother be enough to rein in her disappointment, or will she walk away from everything that could flourish into love?